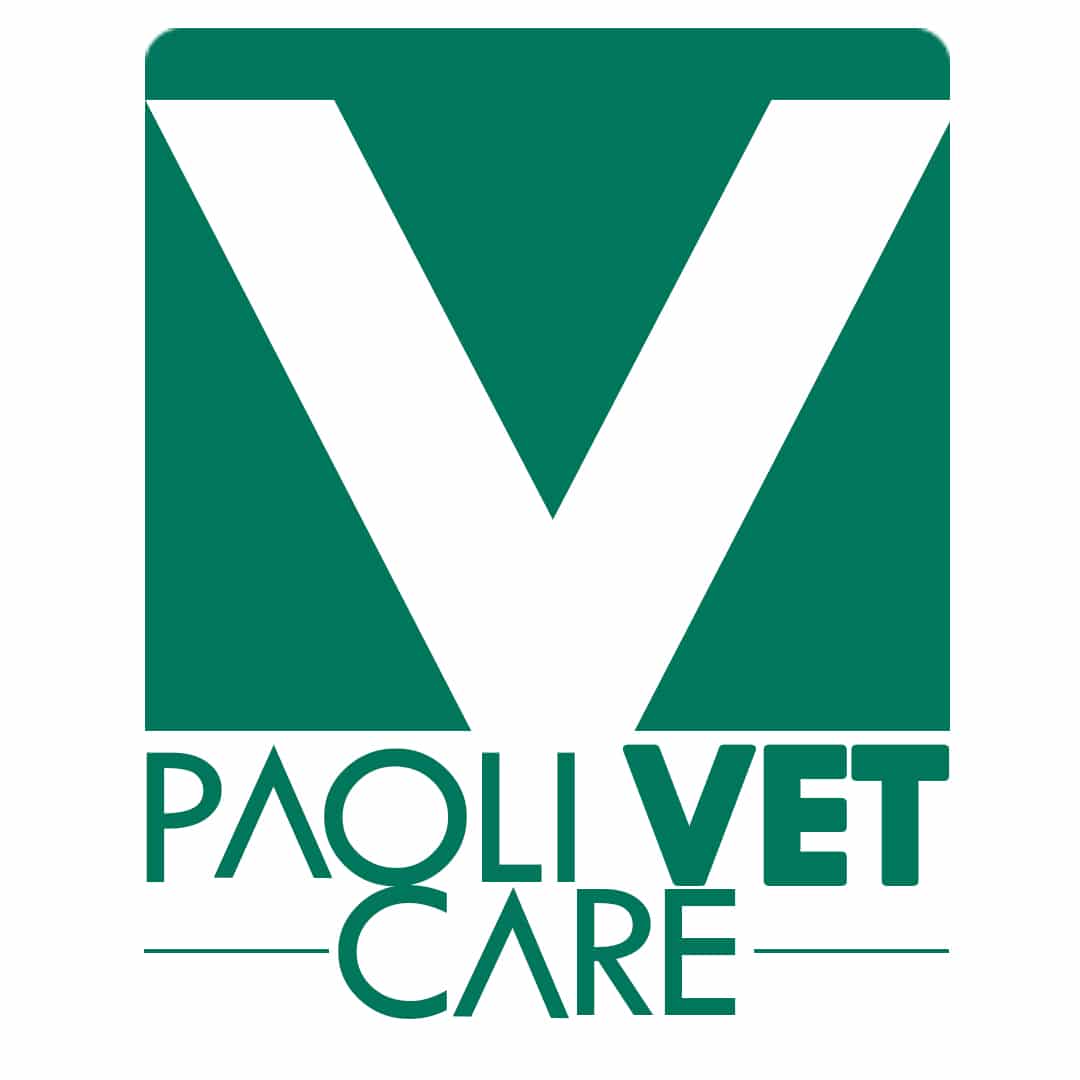 Can Your Pet Give You Coronavirus? 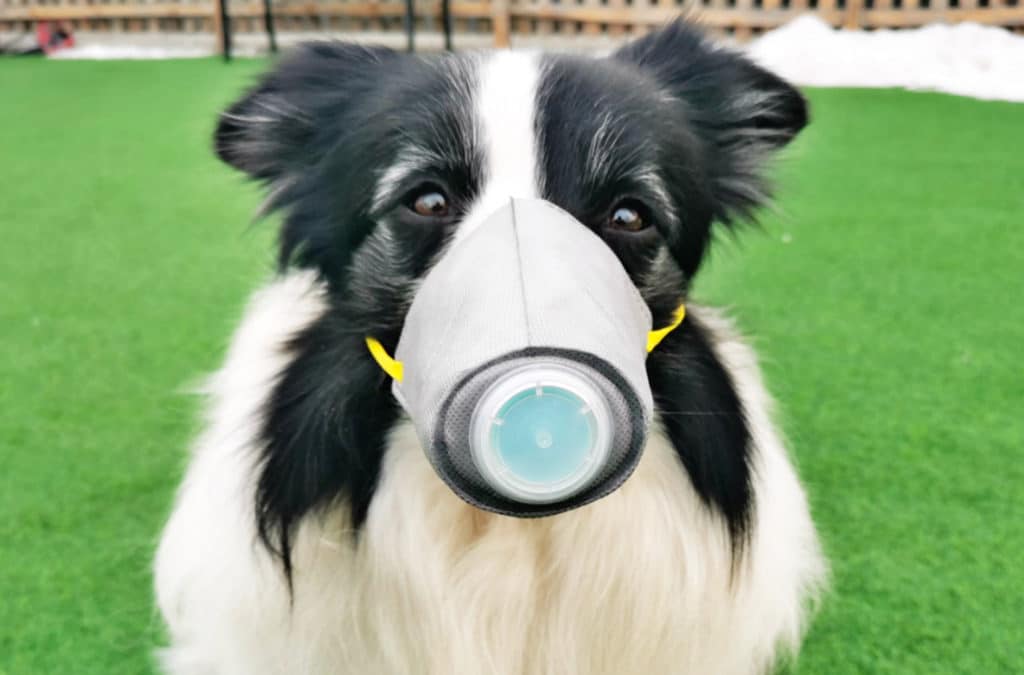 Discovery of the First Cases of COVID-19 in Pets

There is no evidence dogs and cats are actively spreading the novel coronavirus (SARS-CoV-2) to people, but infected people have transmitted this virus to their pets. Now there is more evidence that both cats and dogs can be infected by owners sick with COVID-19. Cats and humans have a similar receptor protein on their cells that allows the virus to hijack the cell to force it to manufacture more copies of itself so it can go on to infect others.

A cat in Belgium is the first confirmed case of a feline apparently sickened by its owner. The owner became ill after a trip to Northern Italy. After the cat became ill with vomiting, diarrhea and difficulty breathing, the owner sent samples of vomit and feces to Dr. Daniel Desmecht’s lab at the Faculty of Veterinary Medicine of Liège, Belgium. Genetic tests showed high levels of SARS-CoV-2 in those samples. Fortunately, the cat recovered after 9 days.

In Hong Kong, two dogs who are believed to have been infected by their respective COVID-19 positive owners did not have any symptoms. The first infected dog was an elderly Pomeranian who repeatedly tested a weak positive (meaning only a small amount of virus was present) while in government quarantine. Further studies showed the dog had developed antibodies, meaning an immune response was mounted by producing antibodies to the virus. This shows the dog had a true viral infection. The dog died shortly after it was released from quarantine. Since the owner would not allow an autopsy, the exact cause of death is undetermined.

The second dog to test positive was a 2-year-old German Shepherd, also in Hong Kong. This dog lived with an owner who had COVID-19 as well as a mixed breed dog who did not test positive. Both dogs are now in quarantine. Experts say that pets aren’t easily infected with this virus: they believe that though these cases show that human-to-animal transmission is possible, the risk of animal-to-human transmission is negligible compared to the risk of human-human transmission.

There’s No Reason to Consider Giving Up Your Pets

“People should not panic. Pets are very unlikely to be contributing to the spread of COVID-19,” said Dr. Vanessa Barrs, a professor working with animals and disease at the City University of Hong Kong. Sadly, in China, tens of thousands of pets were abandoned due to fears of coronavirus infection.

In the US, a Florida man abandoned his dog because he was afraid it would give him coronavirus. He could not be convinced otherwise, so a shelter found her a forever home. Many animal rescue workers were afraid that more pets would become homeless as a result of the pandemic. That hasn’t been true so far. In fact, adoptions from shelters are way up. 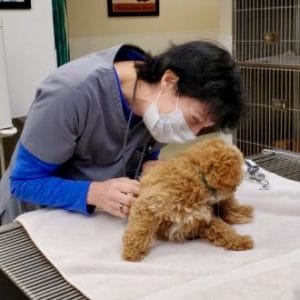 What Do We Know Now About Coronaviruses?

Coronaviruses are a large family of a number of different viruses commonly found in humans, as well as other mammals, birds, and reptiles. Most coronaviruses infect certain species, although some that are more opportunistic and infect multiple species, while a few are zoonotic, able to jump between humans and other animals. Major modern diseases such as Ebola virus disease and salmonellosis are also zoonoses.

Rarely, animal coronaviruses mutate so they can infect people. A virus mutation may also enable it to spread from person-to-person. When this happens, we refer to it as a novel coronavirus. People have little to no immunity to this virus because their immune systems have never been exposed to it before. This is one of the major reasons these novel coronaviruses spread rapidly and result in serious illnesses (such as SARS, MERS, and COVID-19).

SARS-CoV-2 is the third pathogenic novel coronavirus to emerge over the last twenty years. The first resulted in a severe acute respiratory syndrome (SARS) outbreak in 2003. That virus was officially named SARS-CoV and caused an infectious disease with symptoms including fever and cough and in some cases progressed to pneumonia and respiratory failure.

In humans, a less pathogenic coronavirus is the second most common cause of “the common cold” after rhinoviruses. Certain human coronaviruses may also cause diarrhea in infants and children. Animal coronaviruses are responsible for diarrhea in dogs, feline infectious peritonitis (FIP) in cats, & gastrointestinal diseases in pigs. SARS-CoV-2 specifically infects the human respiratory tract. It is different from previously identified coronaviruses infecting humans or pets, which is why it is called “novel”.

There is evidence that we don’t have to worry about pets spreading COVID-19. Beginning in mid-February 2020, the veterinary reference lab IDEXX Laboratories conducted a large study of thousands of blood samples from cats, dogs, and horses in South Korea, Canada, EU, and all US states, including areas with high rates of COVID-19 in the human population.

After testing specifically for SARS-CoV-2, a spokesperson stated that, to date, we have seen no evidence of SARS-CoV-2 virus in these clinical specimens, even in those specimens positive for canine respiratory coronavirus. None of the samples came back positive.

While experts would like to see more studies on the effects of SARS-CoV-2 on animals, for now the CDC and other major health bodies, including the WHO, believe that the novel coronavirus likely does not pose a health threat to pets, and that infected pets likely do not pose a transmission risk to humans. 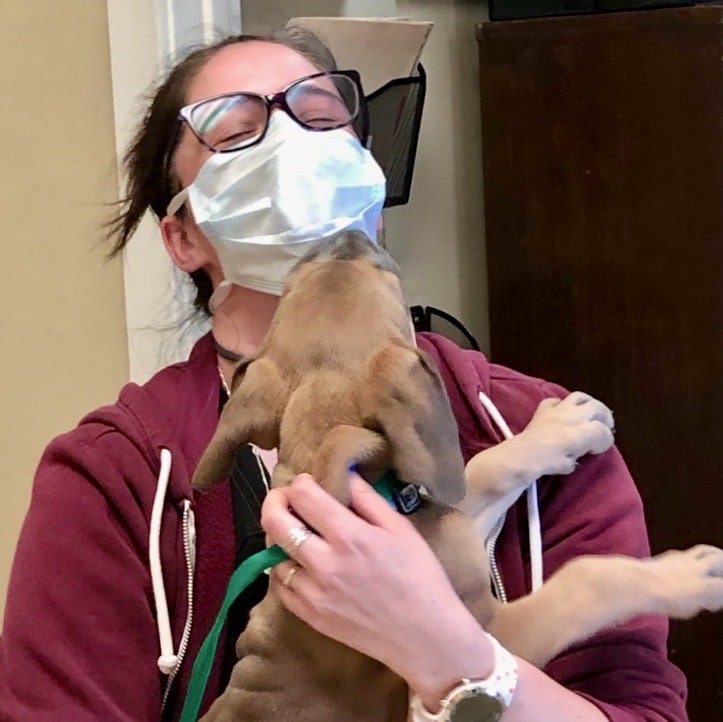 Should you be worried about your pets getting COVID-19?

Can Cats Catch Covid From Owners?

While it’s rare, the virus that causes Covid can actually move between pets and owners depending on the circumstances. If you’re sick or feel like you’re getting sick, it’s a good idea to protect your pets as much as possible and to keep them safely away from you until you’re well. If a pet is sick with Covid, they may show signs of coughing, diarrhea, vomiting, sneezing, or difficulty breathing.

Can Coronavirus in Dogs Spread to Humans?

The risk of Covid spreading from dogs to humans and vice versa is relatively low, according to the CDC. Still, it’s a good idea to keep your pets away from you while you’re sick, and to take them in to see your trusted vet if they’re experiencing signs of sickness.

Should You Let People Pet Your Dog?

Since we’re not shaking people’s hands, it makes sense not to let people put their hands on your dog either. The world is going to be a very different place for the foreseeable future. Not only will people not be hugging as much, but our pets aren’t going to be getting love from the neighborhood kids or the folks you meet in the dog park.

We invite you to meet Dr. Jay Rowan— the best-reviewed veterinarian on the Main Line. You can book an appointment online now. If you’d like to support our animal hospital, please shop for your pet food and medications through the Paoli Vetcare Online Pharmacy.

Dr. Erin Downes graduated valedictorian from the University of Pennsylvania School of Veterinary Medicine in 1992. She and her husband, Dr. Jay Rowan are the owners of Paoli Vetcare | Main Line Vet & Animal Hospital.